Editor’s note: This piece is from Barnaby’s archive.

Town meeting is a springtime event around here. It is on this occasion that the townsfolk at last break out of the rut they’ve got themselves into, hanging around the kitchen stove and looking out the window, wishing the weather would finally straighten out. When the appointed day arrives, cars and pickup trucks congregate at the Town Hall, and their drivers, grumbling about the lack of parking space, file into the hall prepared to do battle until they drop, or the sun sets, whichever happens first. It’s a time-proven system for getting rid of some of the kinks in the town’s affairs, and it seems to work, but I think folks are pretty glad when it’s over.

One of the regular chores is that of electing or reinstating the town officials: Selectmen, Road Commissioner, Fence Viewer and so on. The office of Constable is one of these. As I understand it, the Constable is charged with keeping the peace, maintaining order at Town Meeting and nailing up Publik Notices. For some reason, the word “constable” conjures up an image in my mind of a tall, dark man wearing a black, broad-brimmed hat and driving a Model A Ford. He holds a respectable position, and although he doesn’t ordinarily carry a gun or a badge, he should be recognized as an officer of the law. In truth it is a thankless job, and its lack of reward or remunerative compensation is surpassed only by the lack of a clear job description.

I know something of a constable’s role in the community only because I, at one time, was in business with such a man, running a sawmill, and by my obligatory association with this public servant, I and he, having been newly elected, quickly became aware that “Constable” was only an official title for “Dog Catcher.” Oh, to be sure, he tacked up his share of Publik Notices, but from the first day on, the poor man was besieged, day and night, by telephone callers whose only two aims in life seem to be to report every stray dog in the county and to close down our sawmill and lumber business. 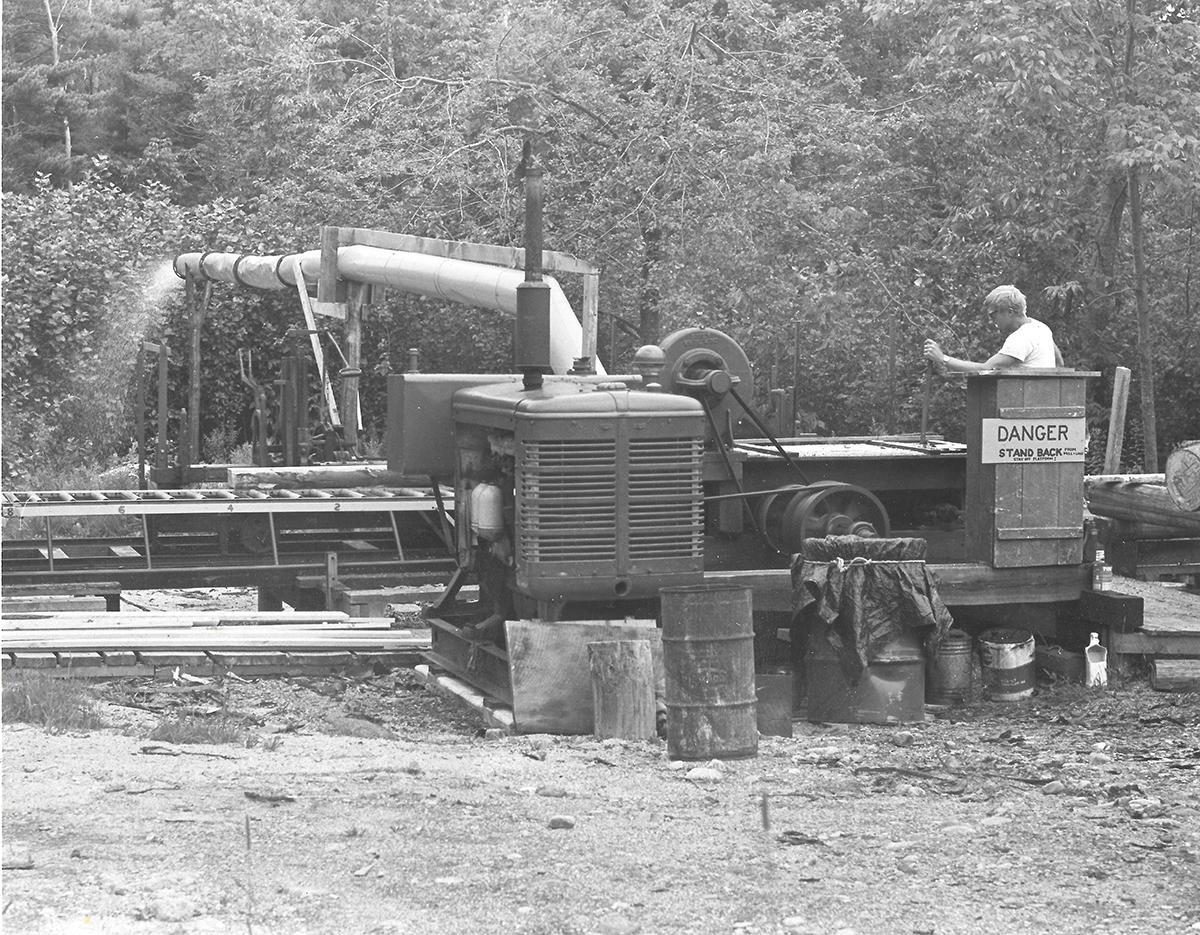 The saw mill, in the early days.

It was truly amazing how much trouble dogs were able to get themselves into in those days. If they weren’t worrying chickens or stampeding sheep, they were getting themselves lost or run over. But perhaps their most common infraction was that of just looking darned suspicious, and such behavior could only mean one thing: Call the Constable! And so, the telephone rang, the sawmill shut down and the frazzled Constable was on his way.

Well, one day the telephone rang, and suddenly there was some new excitement in the Constable’s life; a bull was on the loose! I was instantly deputized, and my partner and I were off before any fair chance of protest on my part, even before the sawdust had settled.

With coils of heavy rope over our shoulders, we arrived on the scene to the great relief of a whole neighborhoodful of thoroughly excited citizens who had managed to drive the bewildered beast into a small barn. We could hear a lot of banging and crashing inside and the barn door kept bulging from the commotion within, threatening to burst at any moment in an explosion of splintered boards.

From those who knew, we learned that the bull had been tethered under an apple tree up the street, and he still had several feet of chain trailing from his halter. The Constable opened the door a crack so we could get a view of our adversary. The bull thrust his great gooey muzzle through the crack, and we seized that opportunity to make a quick judgment call. He didn’t look so mean we thought. He was only half grown. If we could get a rope around his horns while the other of us took hold of the chain, perhaps we could hold the rampaging critter between us and haul him back home to his apple tree.

When all was ready, someone slid open the door. Our plan almost worked, except that the bull took off with such a powerful lunge the Constable and deputy became nothing more than a couple of flapping annoyances, clinging to the rope and chain for all they were worth. It was quite a ride, but the story had a happy ending.

Three things worked in our favor: Luckily the bull headed in the right direction. Secondly, that rambunctious youngster meant us no ill; he only wanted to see the world. And thirdly, despite all the aggravation and the low pay, the Constable was a constable, and he was there to preserve the peace.

When we left him under his apple tree, the young bull watched us go. He had a mouthful of grass and was standing quietly in a sea of dandelions. 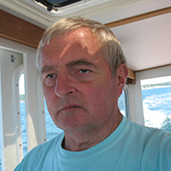 Artist and author Barnaby Porter has had a varied career in marine research, aquaculture, and woodworking, among others. Most recently he partnered with his wife Susan as co-owners of the Maine Coast Book Shop & Cafe in downtown Damariscotta. Barnaby currently serves on Coastal Rivers’ Board of Trustees. For more about Barnaby, click here.